On April 19-20, 2018, the annual meeting of the Future Earth- Monsoon Asia Integrated Research for Sustainability (MAIRS-FE, Monsoon Asia Integrated Research for Sustainability - Future Earth) Scientific Committee was successfully held at the School of Environmental Science and Engineering of Peking University. Experts and scholars from Monash University in Australia, Michigan State University in the United States, Research Institute for Humanity and Nature (RIHN) of Japan, Indian Academy of Sciences, Nakhon Phanom University, National University of Malaysia, National University of Mongolia, Nanjing University, Chinese Academy of Sciences, Academy of Social Sciences, and the members of the Integrated Research on Disaster (IRDR) International Project Office (IPO) attended the meeting. The meeting presented the latest research results of MAIRS in the water-energy-food nexus, environmental health, natural disasters, models and observations, and released the MAIRS-FE 2017 Annual Work Summary Report, discussed the future work plan of MAIRS-FE and the candidate list of the next Scientific Steering Committee.

The "Future Earth Project" was jointly initiated by the International Council for Science (ICSU) and the International Social Science Council (ISSC), UNESCO, UNEP, UNU, the Belmont Forum and the International Organization for Global Change Research (IGFA) and other organizations to form a 10-year large-scale scientific plan (2014-2023). MAIRS-FE is one of the 20 Global Research Projects (GRPs) under the "Future Earth Plan." MAIRS was initiated by Academician Fu Congbin and its IPO was firstly established at the Institute of Atmospheric Physics, Chinese Academy of Sciences. After MAIRS officially became one of the GRPs of Future Earth in 2017, its IPO moved to the College of Environmental Sciences and Engineering (CESE) of Peking University, which is funded by the Discipline Construction Fund of the CESE of Peking University. In addition, a Regional Project Office was set up in Bangalore in India, which is responsible for international cooperation across Southeast Asia.

MAIRS-FE consists of three working groups, focusing on the major environmental issues related to the sustainable development of natural disasters, environmental health, and water-energy-food in the Asian monsoon region. Its research results will directly contribute to the global related fields and the environment and development issues in Asian monsoon area. The experts presented the latest research progress and activities related to these three priorities, and discussed and the work plan of MAIRS-FE.

In the area of water-energy-food nexus, Charlie Navanugraha, a scholar from Nakhon Pathom University in Thailand, presented a report entitled “Southeast Asia Activities on Water-Energy-Food Nexus”, pointing out endangered species conservation, air pollution, coral reef damage, and forests. Degradation, water security, and acceleration of urbanization are currently the six major environmental challenges in Southeast Asia. He also introduced the environment and climate change strategies in Malaysia, Indonesia, the Philippines, and other countries. It was recommended that countries should strengthen international cooperation in environmental protection and climate change mitigation, and promote the cooperation on renewable energy development, and energy efficiency improvement in key energy use sectors. Aditya Kaushik, a project scientist at the Institute of Scientific Sciences in India, gave a presentation entitled “Divecha Centre for Climate Change Future Earth Regional Office”. He first introduced the Divecha Center's work on climate change, including the organization's goals and expected deliverables. He then introduced the water-energy-food nexus in Bangalore, highlighted the Water Solution Lab, and pointed out that with MAIRS-FE the Water Solution Lab can better facilitate the joint development of technology solution repositories and spread ideas and practices.

In the area of environmental health, Prof. Tong Zhu pointed out that many international organizations are paying more and more attention to the theme of environmental health. He reported on the grim situation of China's air pollution affecting human health. His team found that 83% of China’s population lives in areas that exceed China’s air quality standards (PM2.5: 35 ug/m3) (world average is 32%). The number of premature deaths per year due to PM2.5 exposure reached 1.33 million. Zhu Tong believes that diseases and deaths are just the tip of the iceberg of the damage that fine particles cause to human health. He also introduced the progress and challenges of the path and mechanism of the harm to human health through PM2.5 and smaller particles, and proposed basic research and policy research on environmental health, and the need for integration. The report of Professor Zhang Shiqiu pointed out that China's environmental problems are not new, but an emerging concern of the public. China still has many other problems, such as uneven and unbalanced regional development; how to urbanize itself in the coming decades; increasing income makes consumption patterns an important driver of the environment; conflicts of interests among social classes; information disclosure and new media are also important to social civilization, etc. These issues all require more effective cost-benefit analysis of policies in order to make policy objectives more reasonable.

Regarding natural disasters, Ms. Lu Guanru briefly introduced the guests to IRDR's organizational structure, research areas and goals, as well as project achievements and honors. IRDR has consistently adhered to a comprehensive study of disaster risk for more than a decade, and has made considerable contributions to policy research and design for disaster prevention and control. At the same time, IRDR also actively promotes international cooperation. At present, it has ten country offices and one regional office, and has established a number of international projects, which facilitate good research cooperation relationships with a number of international organizations. Dr. Likun Ai, Director of the Third-Pole Environment (TPE) IPO, introduced the national major scientific research projects in this field that cover seven core topics and three cross-cutting topics, including key issues that are closely related to the national strategy such as the ecological impact of the Qinghai-Tibet Plateau, the Green Silk Road. Dr. Ai also introduced the research results of studying the Earth system and environmental impact in the third polar region. Dr. Yu Lei from the Institute of Mountain Hazards and Environment of the Chinese Academy of Sciences presented about “Silk Road Disaster Risk Reduction”, including the connectivity between policies, infrastructure, trade, economy, and people-to-people exchanges brought about by the One Belt One Road initiative, and the major natural disasters along the way, such as mudslides, typhoons, floods, and other local socio-economic impacts.

In addition to the above three thematic issues, the conference also arranged a session on model and observation topics. Another future global earth research project, the International Global Atmospheric Chemistry Plan (IGAC), sent representatives of its Scientific Steering Committee, Prof. Zheng Mei of Peking University, to attend the meeting. She introduced the three major functions of IGAC: strengthening peer contacts, capacity development, and providing scientific support in the field of atmospheric chemistry. Focusing on these functions, IGAC organized a large number of activities, conferences, seminars, and research projects to effectively promote the research and development of atmospheric chemistry. Dr. Zhang Qian of the Institute of Sociology of the Chinese Academy of Social Sciences described how herdsmen in Inner Mongolia are dealing with increasing climate risks under the influence of external social and economic challenges. Prof. Fredolin Tangang from the National University of Malaysia introduced the current situation in Southeast Asia and the crisis it suffered. He pointed out that there is a lack of research on climate change assessment in Southeast Asia and he introduced the founding and experience of the SEACLID organization and the main areas and functions of CORDEX. Professor Lin Zhaohui of the Institute of Atmospheric Physics of the Chinese Academy of Sciences gave a presentation titled “CAS Earth System Model and Its Applications” and introduced the historical evolution and major research areas of the International Center for Climate and Environmental Science (ICCES). The Earth System Model of the Chinese Academy of Sciences (CAS-ESM) framework, role and development history.

In addition, Hein Mallee of Asia's Future Earth Regional Center introduced various things and cooperation of Asia's Future Earth Regional Center, noting that IGAC-MANGO's goal is to form a closely integrated network of climate scientists in the Asian monsoon region, followed by the introduction of the center of the organization. The series of situations and their regional entities mainly include governance and organization, agenda setting, communication and outreach.

The conference will help enhance mutual understanding and exchange among researchers in the Asian monsoon zone, thereby breaking the current academic barriers and conducting organized scientific research cooperation. In such a way, the knowledge of natural science and social science research could better serve the sustainable development, promoting discipline development and planning in related fields. It can also provide scientific policy support for the construction of ecological civilization in China. 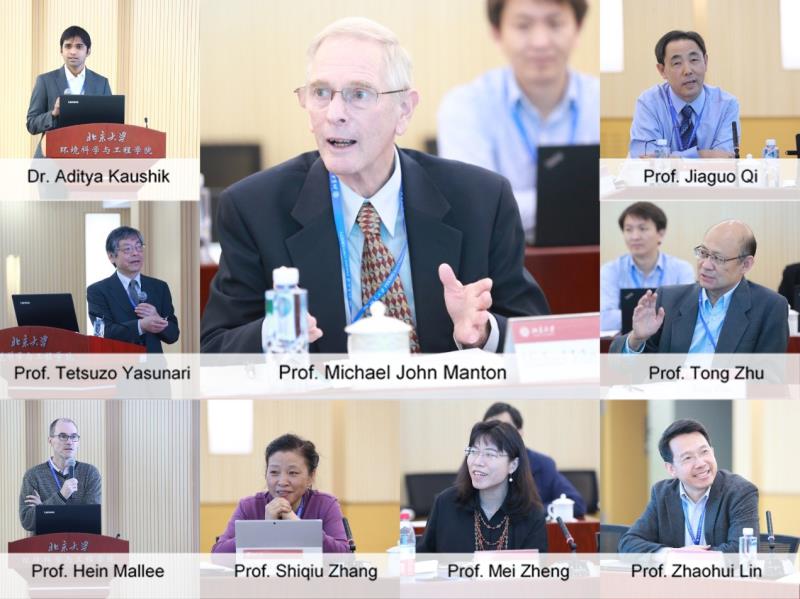 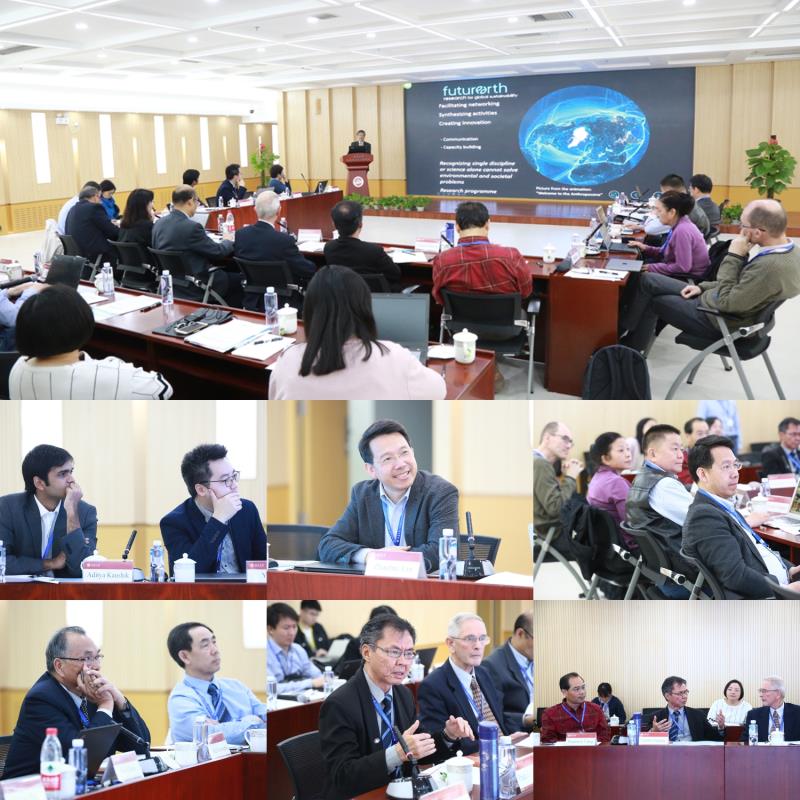 Figure 3: Group photos of all participants